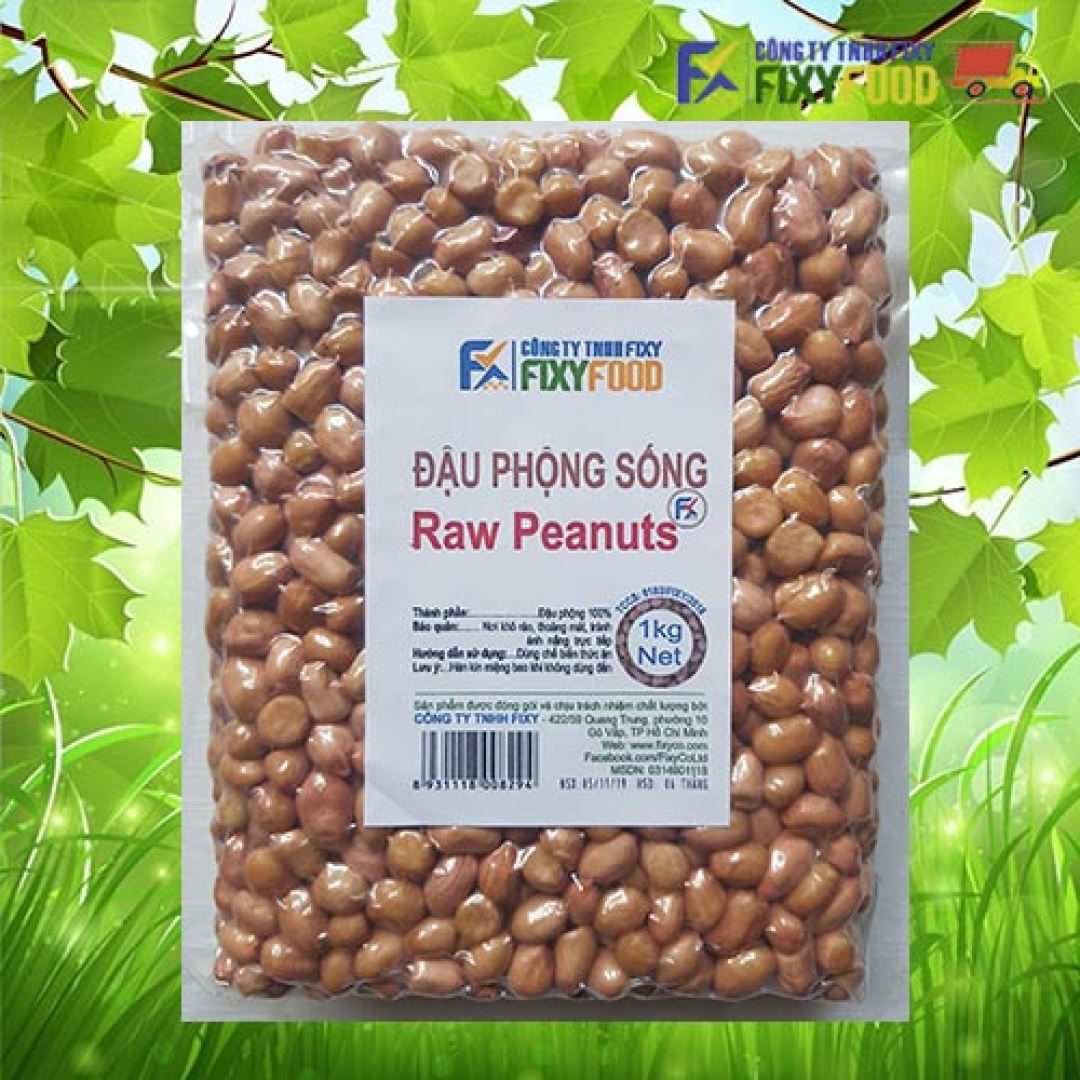 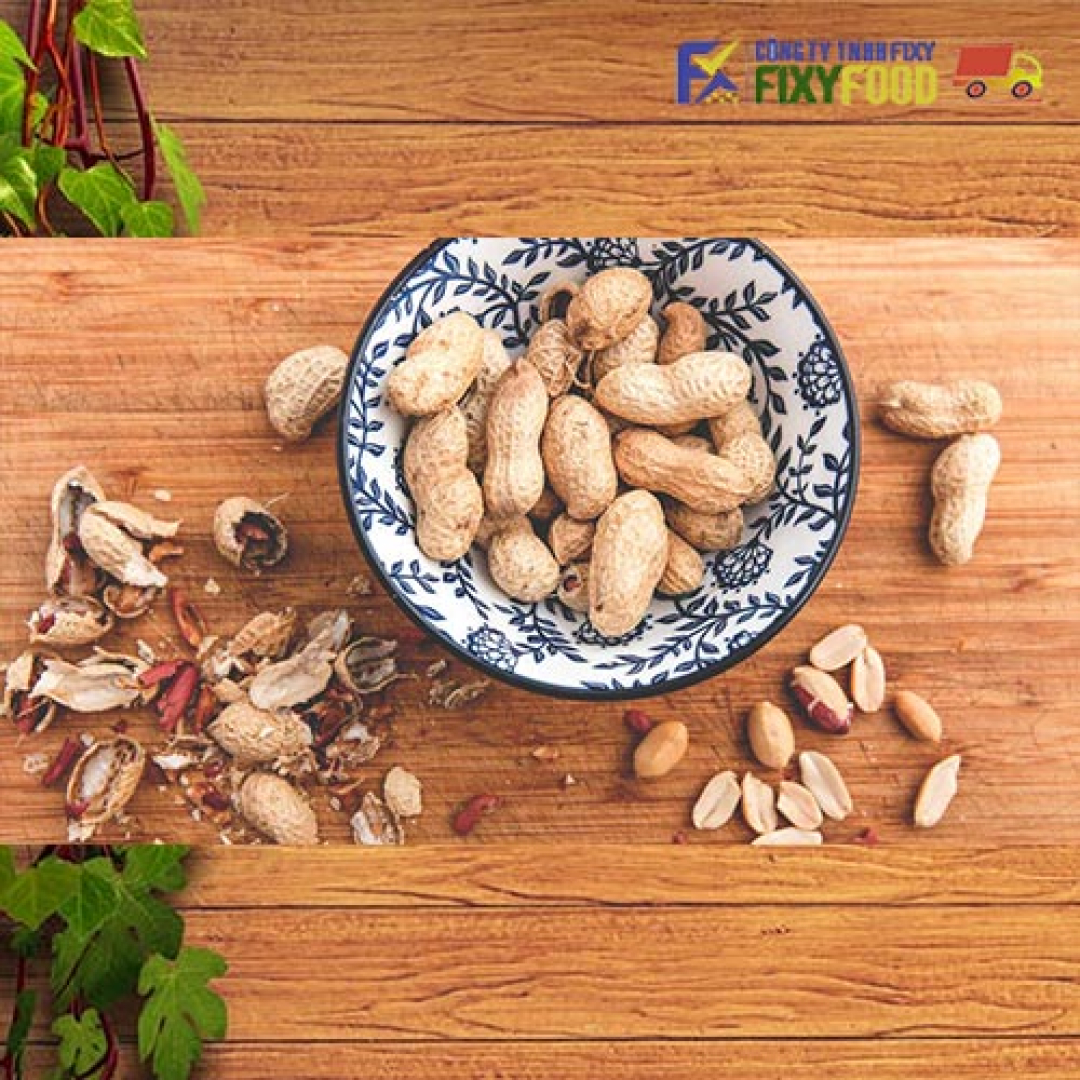 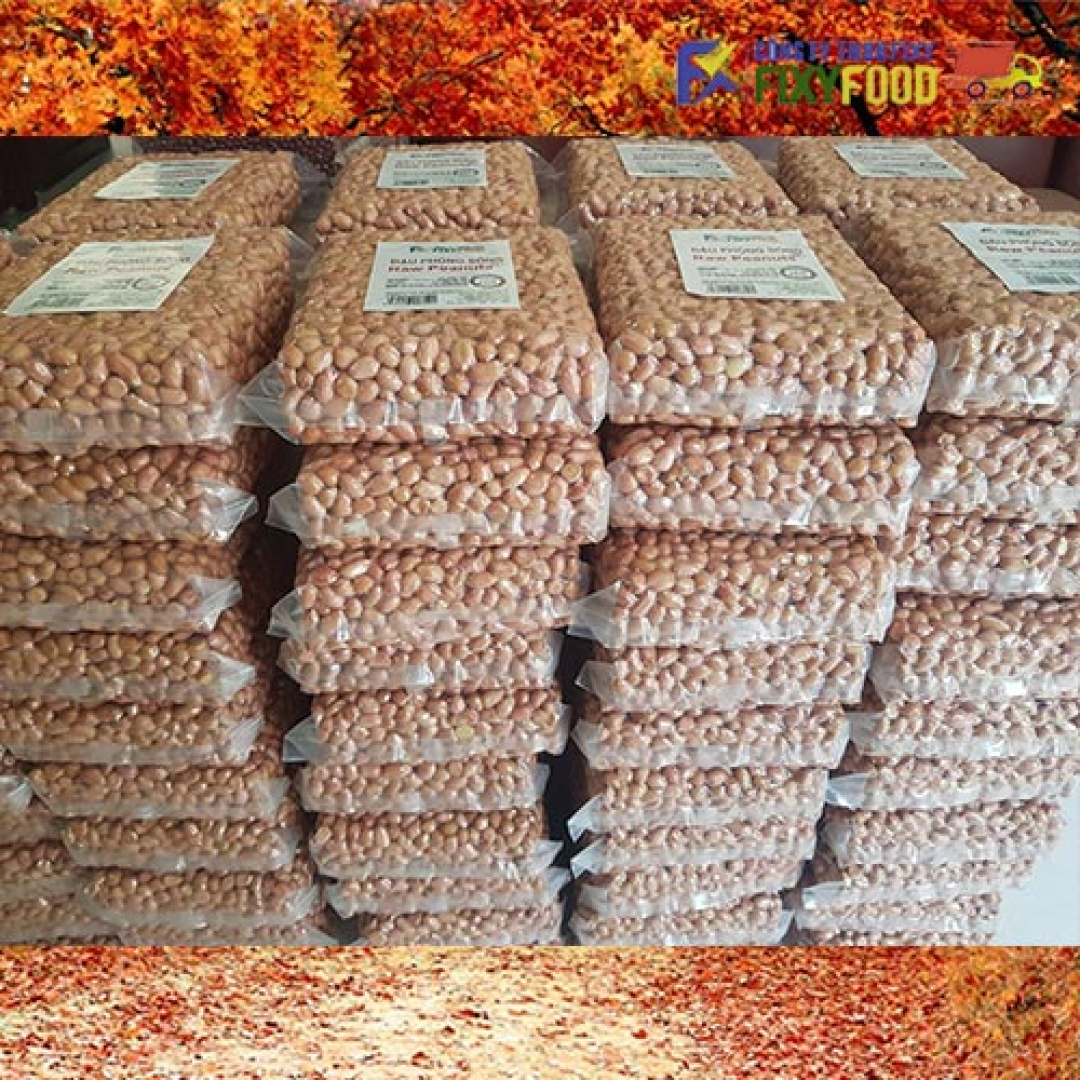 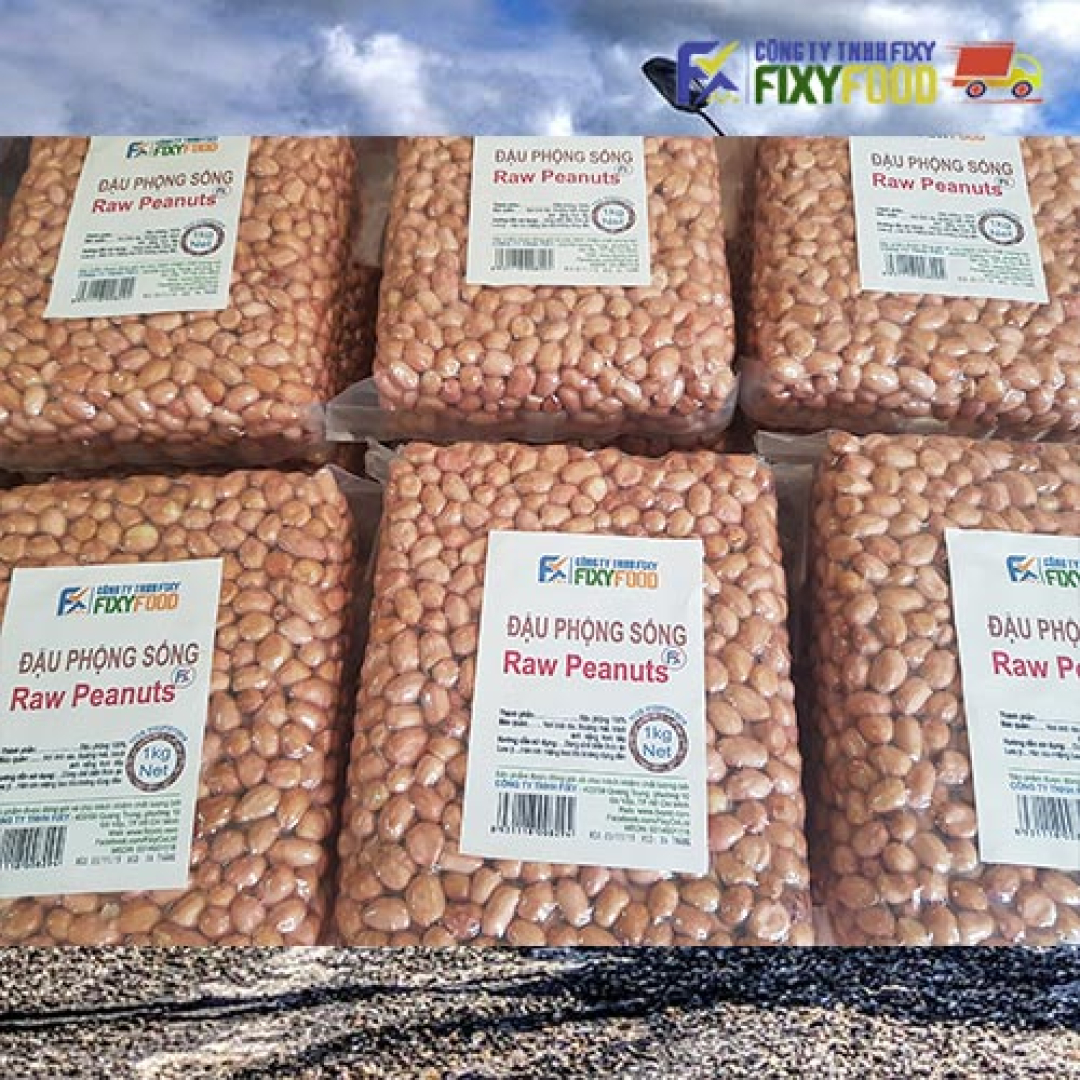 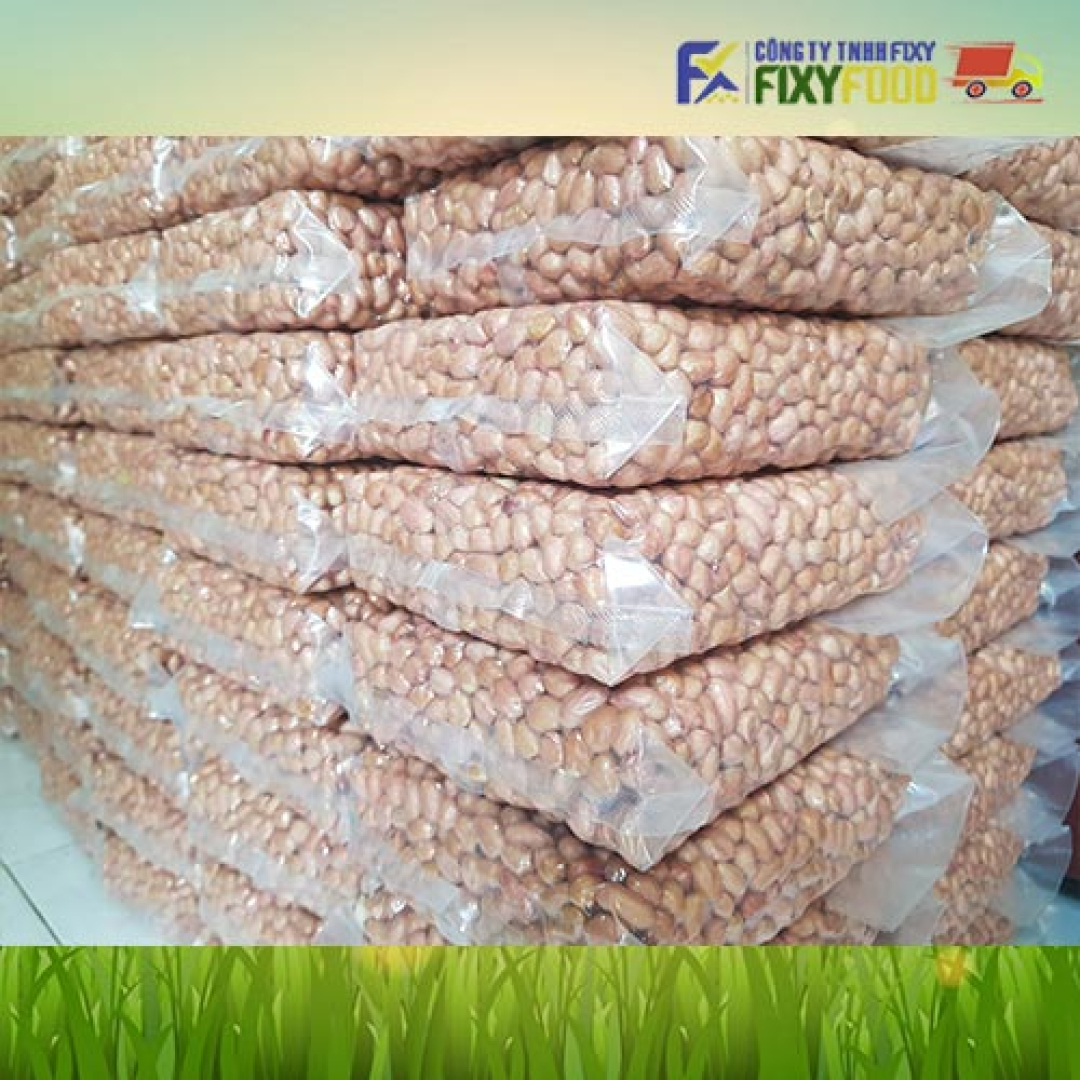 Peanuts (Arachis hypogaea) are a legume that originated in South America.They go by a variety of names, such as groundnuts, earthnuts, and goobers.

Despite their name, peanuts are unrelated to tree nuts. As a legume, they’re related to beans, lentils, and soy.In the United States, peanuts are rarely eaten raw. Instead, they are most often consumed roasted or as peanut butter.Other peanut products include peanut oil, flour, and protein.

These goods are used in a variety of foods, such as desserts, cakes, confectionery, snacks, and sauces.Peanuts are rich in protein, fat, and various healthy nutrients. Studies show that peanuts may even be useful for weight loss and are linked to a reduced risk of heart disease.This article tells you everything you need to know about peanuts.

Here are the nutrition facts for 3.5 ounces (100 grams) of raw peanuts:

Peanuts are high in fat.

In fact, they are classified as oilseeds. A large proportion of the world’s peanut harvest is used for making peanut oil (arachis oil).

The fat content ranges from 44–56% and mainly consists of mono- and polyunsaturated fat, most of which is made up of oleic and linoleic acids.

Peanuts are high in fat, consisting mostly of mono- and polyunsaturated fatty acids. They are often used to make peanut oil.

Peanuts are a good source of protein.

The protein content ranges from 22–30% of its total calories, making peanuts a great source of plant-based protein.

The most abundant proteins in peanuts, arachin and conarachin, can be severely allergenic to some people, causing life-threatening reactions.

For a plant food, peanuts are an exceptionally good source of protein. Keep in mind that some people are allergic to peanut protein.

Peanuts are low in carbs.

In fact, the carb content is only about 13–16% of the total weight.

Being low in carbs and high in protein, fat, and fiber, peanuts have a very low glycemic index (GI), which is a measure of how quickly carbs enter your bloodstream after a meal.

This makes them suitable for people with diabetes.

Peanuts are low in carbs. This makes them a good dietary choice for people with diabetes.

Peanuts are an excellent source of various vitamins and minerals, including:

Peanuts are one of the richest dietary sources of biotin, which is important during pregnancy.

A dietary trace mineral, copper is often low in the Western diet. Deficiency may have adverse effects on heart health.

Also known as vitamin B3, niacin has various important functions in your body. It has been linked to a reduced risk of heart disease.

Also known as vitamin B9 or folic acid, folate has many essential functions and is especially important during pregnancy.

A trace element, manganese is found in drinking water and most foods.

A powerful antioxidant, this vitamin is often found in high amounts in fatty foods.

One of the B vitamins, thiamine is also known as vitamin B1. It helps your body's cells convert carbs into energy and is essential for the function of your heart, muscles, and nervous system.

Peanuts are a good source of phosphorus, a mineral that plays an essential role in the growth and maintenance of body tissues.

Peanuts are an excellent source of many vitamins and minerals. These include biotin, copper, niacin, folate, manganese, vitamin E, thiamine, phosphorus, and magnesium.

Most of the antioxidants are located in peanut skin, which is eaten only when peanuts are raw.

That said, peanut kernels still include:p-Coumaric acid. This polyphenol is one of the main antioxidants in peanuts.

Resveratrol. A powerful antioxidant that may reduce your risk of cancer and heart disease, resveratrol is most notably found in red wine.Isoflavones. A class of antioxidant polyphenols, isoflavones are associated with a variety of health effects.

Phytic acid. Found in plant seeds, including nuts, phytic acid may impair the absorption of iron and zinc from peanuts and other foods eaten at the same time.

Phytosterols. Peanut oil contains considerable amounts of phytosterols, which impair the absorption of cholesterol from your digestive tract.

Peanuts contain various plant compounds. These include antioxidants, such as coumaric acid and resveratrol, as well as antinutrients like phytic acid.

Peanuts have been widely studied with regard to weight maintenance.

Despite being high in fat and calories, peanuts do not appear to contribute to weight gain.In fact, observational studies have shown that peanut consumption may help maintain a healthy weight and reduce your risk of obesity.

These studies are all observational, which means that they cannot prove causation.

However, one small, 6-month study in healthy women suggested that when other sources of fat in a low-fat diet were replaced with peanuts, they lost 6.6 pounds (3 kg) despite being told to maintain their initial weight.

Another study found that when 3 ounces (89 grams) of peanuts were added to the daily diet of healthy adults for 8 weeks, they did not gain as much weight as expected.

Various factors make peanuts a weight-loss-friendly food:They reduce food intake by promoting fullness to a greater extent than other common snacks, such as rice cakes.

Because of how filling peanuts are, people appear to compensate for increased peanut consumption by eating less of other foods.When whole peanuts are not chewed well enough, a portion of them may pass through your digestive system without being absorbed.

The high content of protein and monounsaturated fat in peanuts may increase calorie burning.Peanuts are a source of insoluble dietary fiber, which is linked to a reduced risk of weight gain.

Peanuts are very filling and can be considered an effective component of a weight loss diet.

Other health benefits of peanuts

In addition to being a weight-loss-friendly food, peanuts are associated with several other health benefits.

Heart disease is one of the leading causes of death worldwide.

Observational studies indicate that eating peanuts, as well as other types of nuts, may protect against heart disease.

These benefits are likely the result of various factors.Notably, peanuts contain a number of heart-healthy nutrients. These include magnesium, niacin, copper, oleic acid, and multiple antioxidants, such as resveratrol.

Gallstones affect approximately 10–25% of adults in the United States.

Two observational studies suggest that frequent peanut consumption may cut the risk of gallstones in both men and women.

As most gallstones are largely composed of cholesterol, the cholesterol-lowering effect of peanuts may be the cause.Further studies are needed to confirm these findings.

As a source of many heart-healthy nutrients, peanuts may help prevent heart disease. What’s more, they may cut your risk of gallstones.

Aside from allergies, eating peanuts has not been linked to many adverse effects. Still, there are some health concerns to consider.

Peanuts can sometimes be contaminated with a species of mold (Aspergillus flavus) that produces aflatoxin.The main symptoms of aflatoxin poisoning include loss of appetite and yellow discoloration of the eyes (jaundice), which are typical signs of liver problems. Serious aflatoxin poisoning can lead to liver failure and liver cancer. The risk of aflatoxin contamination depends on how peanuts are stored. The risk increases with warm and humid conditions, especially in the tropics. Aflatoxin contamination can be effectively prevented by properly drying peanuts after harvesting and keeping temperature and humidity low during storage.

Peanuts contain a number of antinutrients, which are substances that impair your absorption of nutrients and reduce nutritional value. Of the antinutrients in peanuts, phytic acid is particularly noteworthy. Phytic acid (phytate) is found in all edible seeds, nuts, grains, and legumes. In peanuts, it ranges from 0.2–4.5%.Phytic acid reduces the availability of iron and zinc in peanuts, lowering their nutritional value slightly.

This is usually not a concern in well-balanced diets and among those who eat meat regularly. Nonetheless, it may be a problem in developing countries where the main food sources are grains or legumes.

Peanuts are one of the most common food allergens. Allergy to peanuts is estimated to affect approximately 1% of Americans.Peanut allergies are potentially life-threatening, and peanuts are sometimes considered the most severe allergen

People with this allergy should avoid all peanuts and peanut products.

Peanuts are as popular as they are healthy.They’re an excellent plant-based source of protein and high in various vitamins, minerals, and plant compounds.They can be useful as a part of a weight loss diet and may reduce your risk of both heart disease and gallstones.However, being high in fat, this legume is a high-calorie food and should not be eaten in excess.