Discovering the Reality of the Vietnam War 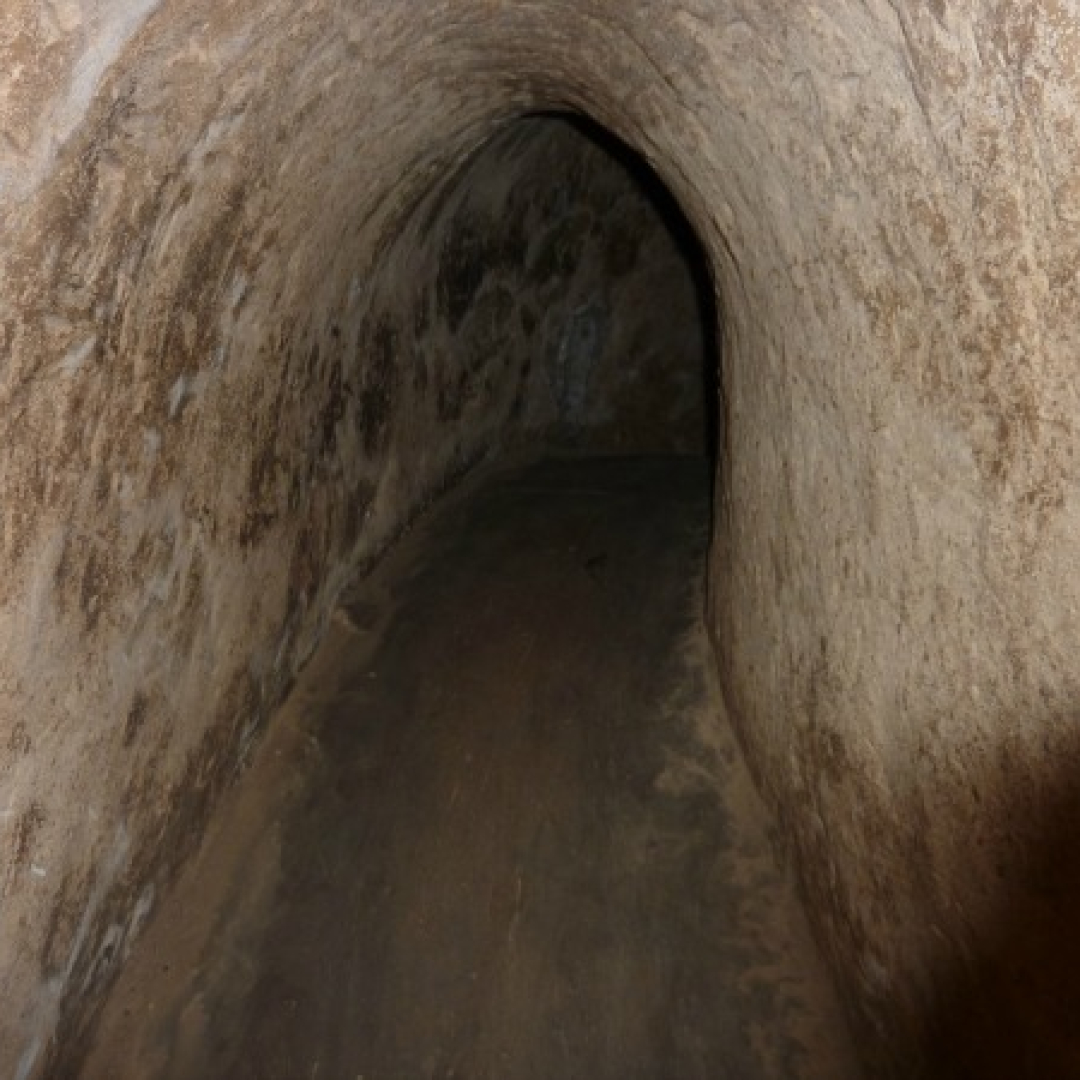 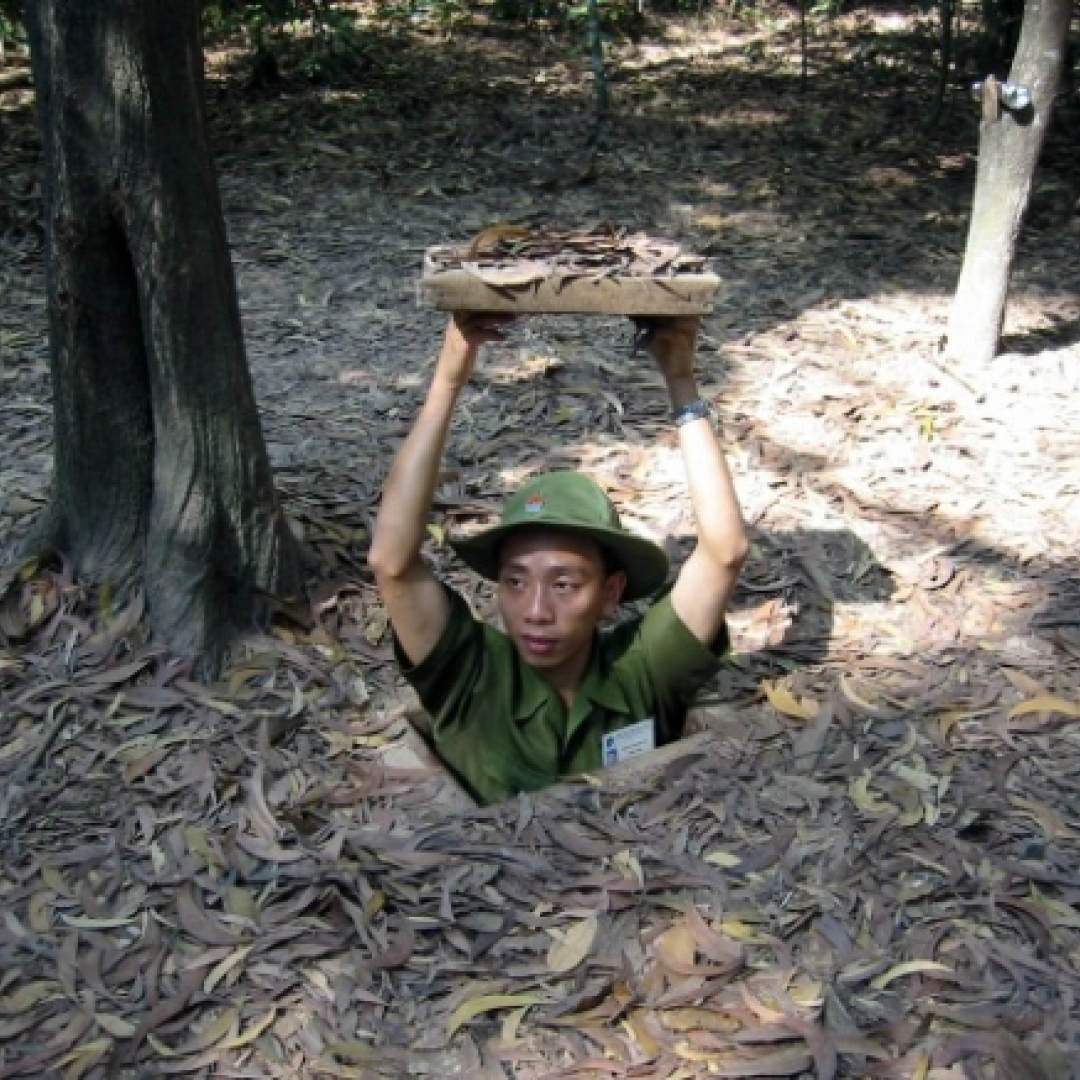 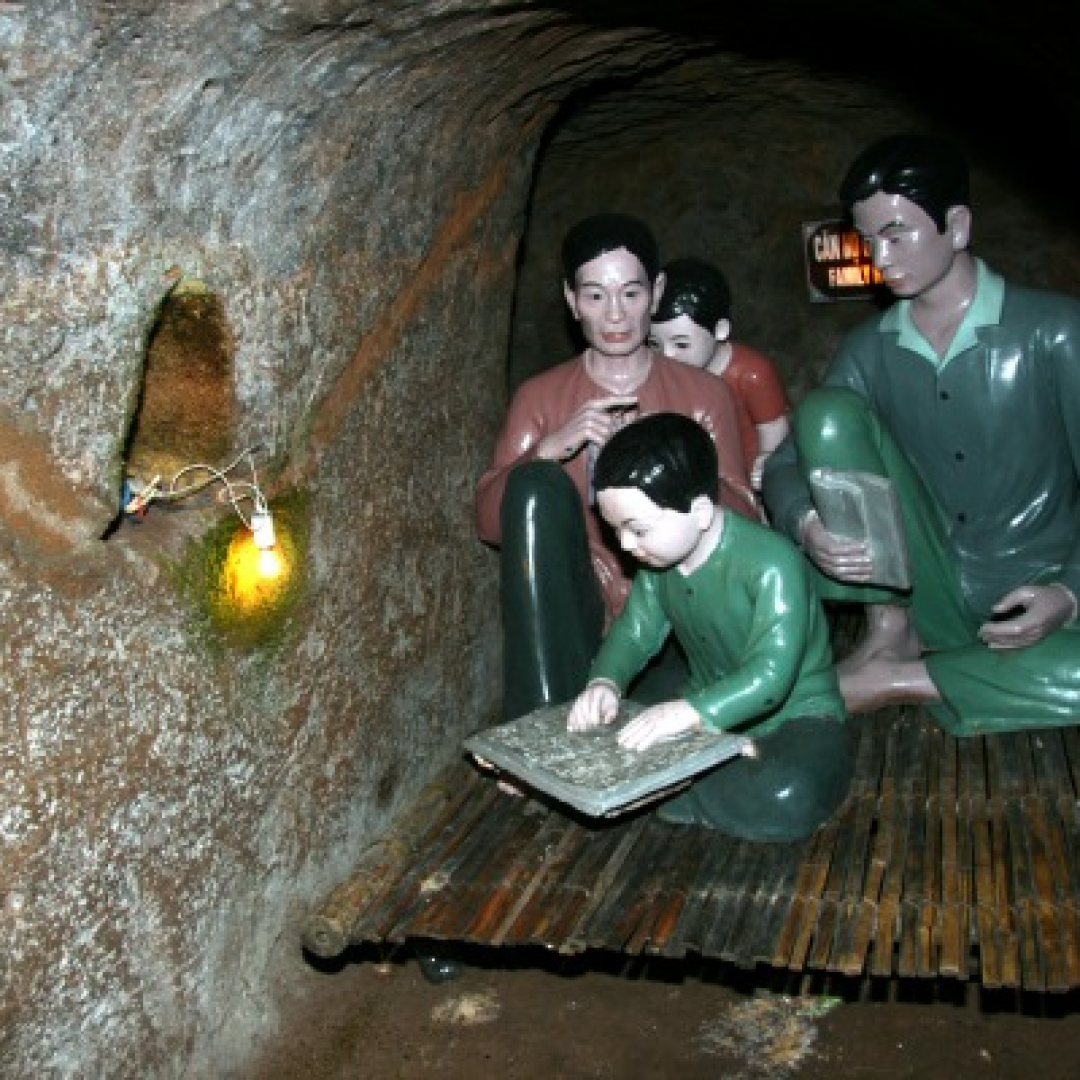 The 1959 - 1975 Vietnam War was a bitter struggle. The US fought against the North Vietnamese to prevent the South of Vietnam falling under Communist rule. Ultimately the mission failed, and millions of Vietnamese people and tens of thousands of Americans lost their lives in the conflict.

In recent years many of the sites of the conflict have been opened to tourists, who’ve arrived in ever-increasing numbers.

These sites, which range from the moving to the bizarre, are scattered all over the country. Two of the most famous are the Cu Chi Tunnels and the Demilitarized Zone near Hue.

Down into the Cu Chi Tunnels

This 250-mile network of tunnels, 45 miles north-west of Ho Chi Minh City, played a vital role in the North Vietnamese victory in the war.

They were inhabited by up to 10,000 people, who went without daylight for years on end and fought off attacks from the Americans who discovered them after unwittingly building camp right on top of them.

I booked my ticket to see the tunnels in Ho Chi Minh City: it was only £4 for the bus, and a couple of quid for entrance. 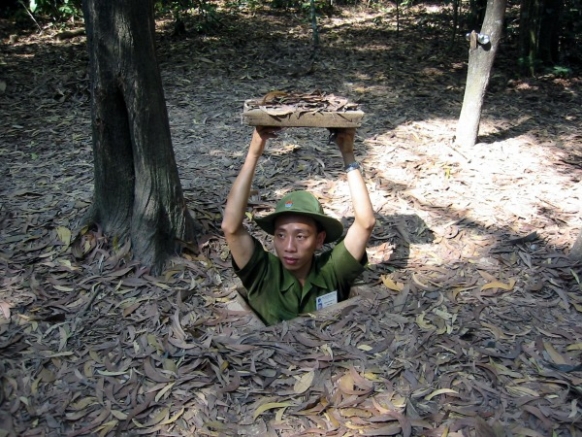 Our guide was very good. He started by filling us in on the history of the tunnels, the reasons they were built, and how they would survive against the GIs.

What was most fascinating was the chance to see the war effort from the Vietnamese point of view, as the films and books we usually see tend to be somewhat biased towards the US. True, the tunnel tour does come across as Vietnamese propaganda, but is all very interesting.

The best thing about the tour is that it is very interactive. You get to crawl through three 30-yard sections of original tunnels, going deeper in each section, though there are exits for those who get a bit freaked out. The Vietnamese are tiny people, and the tunnel entrances are only 20 to 30cm wide (except the ones that have been widened for western tourists). There is also a US tank still in the spot where Viet Cong soldiers blew it up, killing four Americans in the process. That really does make it real.

The Demilitarized Zone, 80km from the town of Hue, is where you’ll find many of the key sites of the Vietnam War. These include the Vietcong tunnels at Vinh Moc, where the locals lived to shelter from bombs, Hien Luong Bridge on the 17th parallel, which marked the border between South and North Vietnam, Hamburger Hill and Khe Sanh Combat Base, scene of some of the fiercest fighting in the war.

The easiest way to see all the historical spots is to arrange a tour with a travel agent in Hue.

Want a place to stay? Here is the list of hotels for you.